The Huilu (or Ocarina or Flute) is a unique wand found alongside the note spells on a platform on the upper right-hand side of the Cloudscape directly above the bridge spanning the Frozen Vault chasm. It can be used to play the note spells in specific combinations to cast a spell. Each melody can only be used once, and playing the same pattern after that will have no effect.

Note that the Huilu is not required for playing the melodies; any wand will suffice. For a list of known melodies, see the Musical Curiosity page. 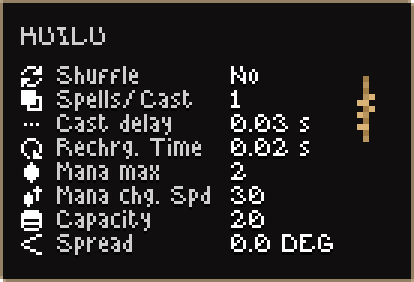