Edit
The key is voiceless.

The Crystal Key is a mysterious item dropped by the High Alchemist miniboss in the Ancient Laboratory. Depending on the player's actions, it is used to open either the Dark Chest or the Coral Chest. Multiple Dark or Coral chests can be opened by going into a Parallel World to defeat another High Alchemist and get another Key.

In its initial state, the key will be described as voiceless. In this state, the key is completely useless and is unable to unlock either of the chests. The player must first give the key a voice in one of two ways in order to use it to unlock the corresponding chest. Each chest contains a selection of unlockable spells that will start appearing in future spell shops and chests once the associated chest has been opened.

For the first three music machines the key is presented, the player will receive this message:

The key listens...It's taking in the music.

Once the Crystal Key has listened to all four music boxes, the player will receive a new message:

The key has taken in the full songIt's ready.

At this point, the Key can be taken to the Coral Chest in the clouds above the Pyramid. When the Key is thrown at the Coral Chest, the player receives one final message:

The chest opens!But the key might have other stories to tell...

The chest will then emit a Circle of Water and drop the following five Spells, which will be permanently unlocked for future runs.

If the player has previously opened the Coral Chest, a random three spells from the above list will be dropped instead of all five.

There is a hint book for this, named the Alchemist's Notebook, in the Overgrown Cavern.

In order for the Crystal Key to unlock the Dark Chest, the player must play two magical songs to the Crystal Key while it is on the ground, one song with the Kantele and one song with the Huilu. The note spells are the important thing; the instrument wands themselves are not required. It's not necessary to have the entire songs equipped on a wand at once; the songs can be played one note at a time or a few notes at a time by swapping notes in and out of the instruments.

The order the songs are played do not matter. Once the first song is played, the player receives the message:

The key begins to hum!Something is still missing...

Once both of the songs are played to the Crystal Key, the player receives the message:

The key begins to whisper!"I can give you so much in exchange for..."

The key can now be brought to the Dark Chest in The Work (Hell). When the Key is thrown towards the chest, the player receives the message:

The Dark Chest will emit a large circle of Blood and the player is rewarded with the following spells, which will be permanently unlocked for future runs.

If the player has previously unlocked the Dark Chest, a random three spells from the above list will be dropped instead of all seven.

Along with the spells, the chest will also spawn a book, reading: 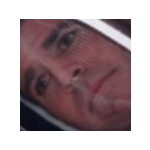